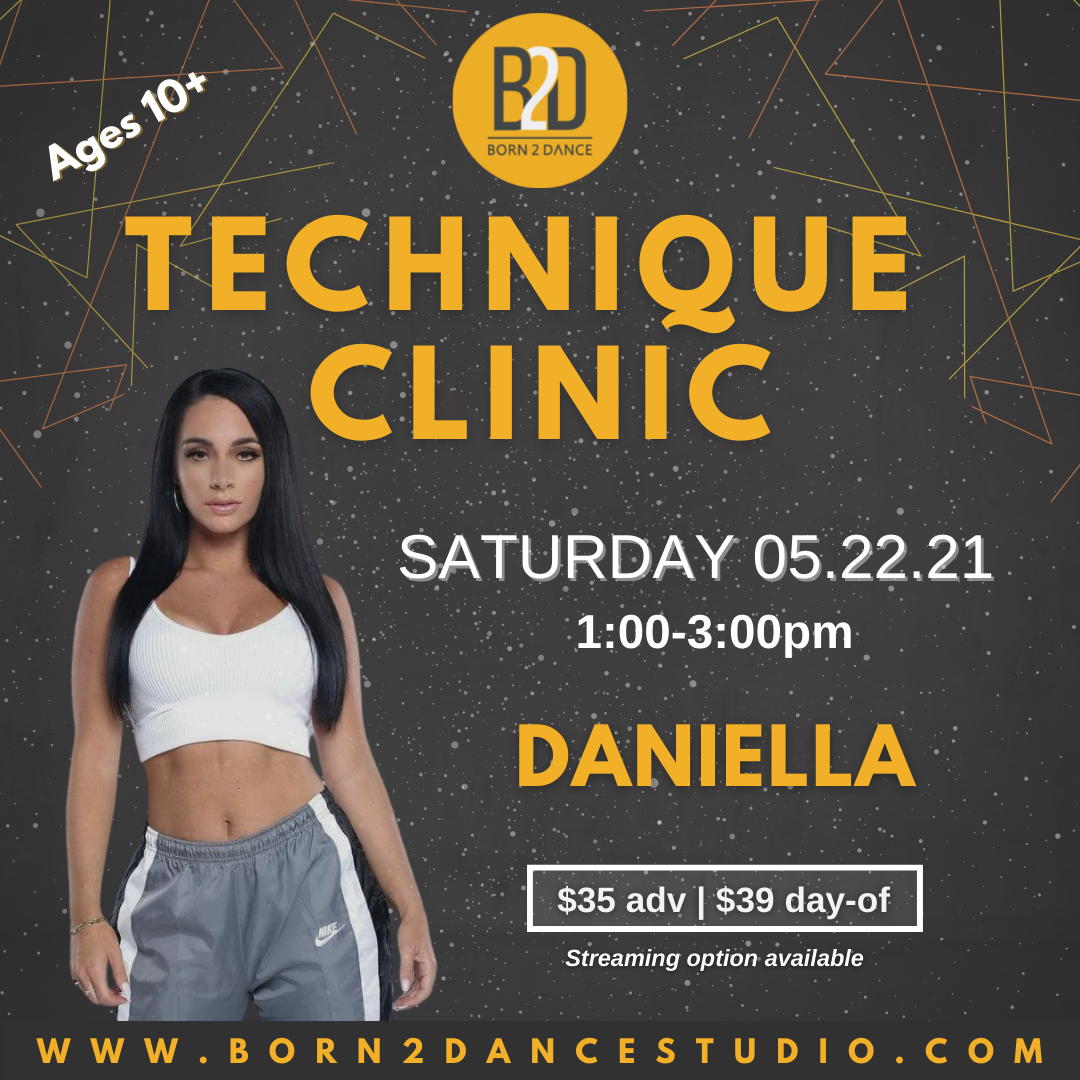 ABOUT TECHNIQUE CLINIC
In this Technique Clinic taught by renowned NBA dancer, Daniella, you will review and drill the following technical elements:

ABOUT DANIELLA
Daniella began her dance training under the direction of Lisa Tingle. She danced competitively for fifteen years, participating in many workshops and studying with master choreographers.

She has taken classes from Paul Taylor, Alvin Ailey, Misty Copeland, and the Moscow Ballet.

Daniella was also Salisbury University Poms Co-Captain where she choreographed for basketball and football games.

One summer, she worked at the Dance Teacher Summit in New York City where she experienced the business side of the dance world.

While dancing her way through college, she became a part of a woman’s organization called “WINK”, dancing and choreographing for the awareness of women for three years.

Daniella was awarded “Winking Star” at the Celebration of University Leadership (CUL) for her creativity and dedication.

Daniella made a performing dance company in Maryland, where she performed in two professional shows.

After graduating college, Daniella continued to teach at Seaside Dance Academy and for the after school academy at Snow Hill High School.

She was also honored to return to Salisbury University and choreograph for their fall and spring showcases.

Daniella is now living her dream in Washington, D.C., where she was selected to be the choreographer for Nick Cannon’s “Wild n’ Out” Live Tour with performances by Wale and Yo Gotti.

She is currently dancing for her fourth season as an NBA dancer and was an assistant coach for the new NBA senior dance team for two seasons.

Daniella has traveled to London for the 2019 NBA Global Game and is grateful to have received “Rookie of the Year”, “Miss Congeniality”, and “The Impact Award”.

When she is not dancing on the court, she loves teaching master classes and choreographing for schools and studios.

Daniella hopes to be an inspiration to dancers of all ages and share her passion to the world.